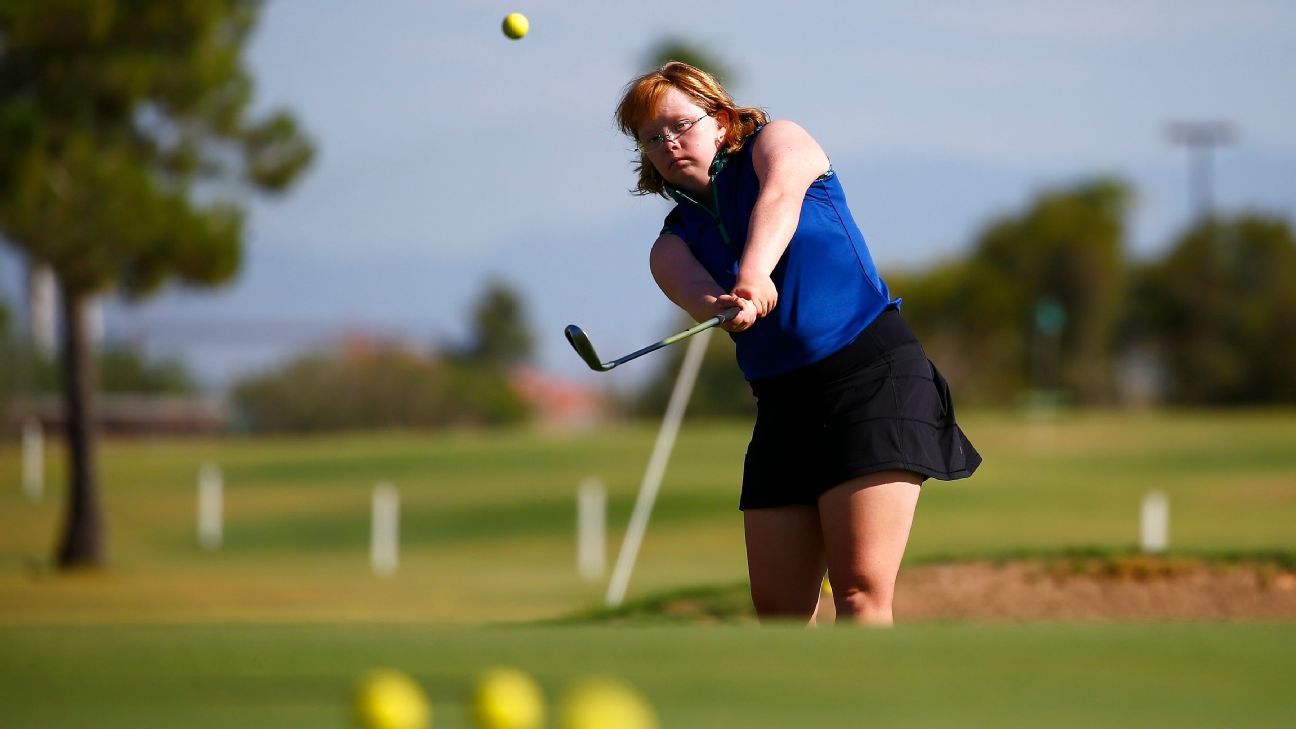 PHOENIX — Amy Bockerstette will be taking her talents to the national stage next year.

Bockerstette, who has Down syndrome, was one of five golfers selected for the 2022 Special Olympics USA Games, which will be held next June at the Orange County National Golf Center in Orlando.

“Millions of people have been inspired by your positive attitude and the positive energy you share with everyone,” Woodland said in the video. “I look forward to cheering you and your fellow athletes on as you compete and shine as one. I know you will continue to inspire us and make us all so proud. Amy, you got this.”

The two first met in 2019, when Bockerstette played the famous 16 hole at TPC Scottsdale during that year’s Waste Management Phoenix Open Pro-Am. She parred the hole with Woodland and Matt Kuchar by her side, becoming a viral sensation in the process.

Bockerstette and Woodland continued to stay close. He credited her “I got this” mantra for helping him win the U.S. Open in 2019 at Pebble Beach. Bockerstette, who plays golf for Paradise Valley Community College, will be one of more than 200 Special Olympics athletes competing in the USA Games.

“We are so happy for Amy and can’t wait to cheer her on in Orlando along with the rest of the athletes representing Arizona at the USA Games,” said Jamie Heckerman, president and CEO of Special Olympics Arizona. “Gary has been such a big part of Amy’s life since they first met in 2019, it was only fitting for him to surprise her with this great news.”

Bockerstette became the first person with Down syndrome to play in a collegiate championship on any level in May, when she played in the NJCAA Division 1 women’s golf national championship.