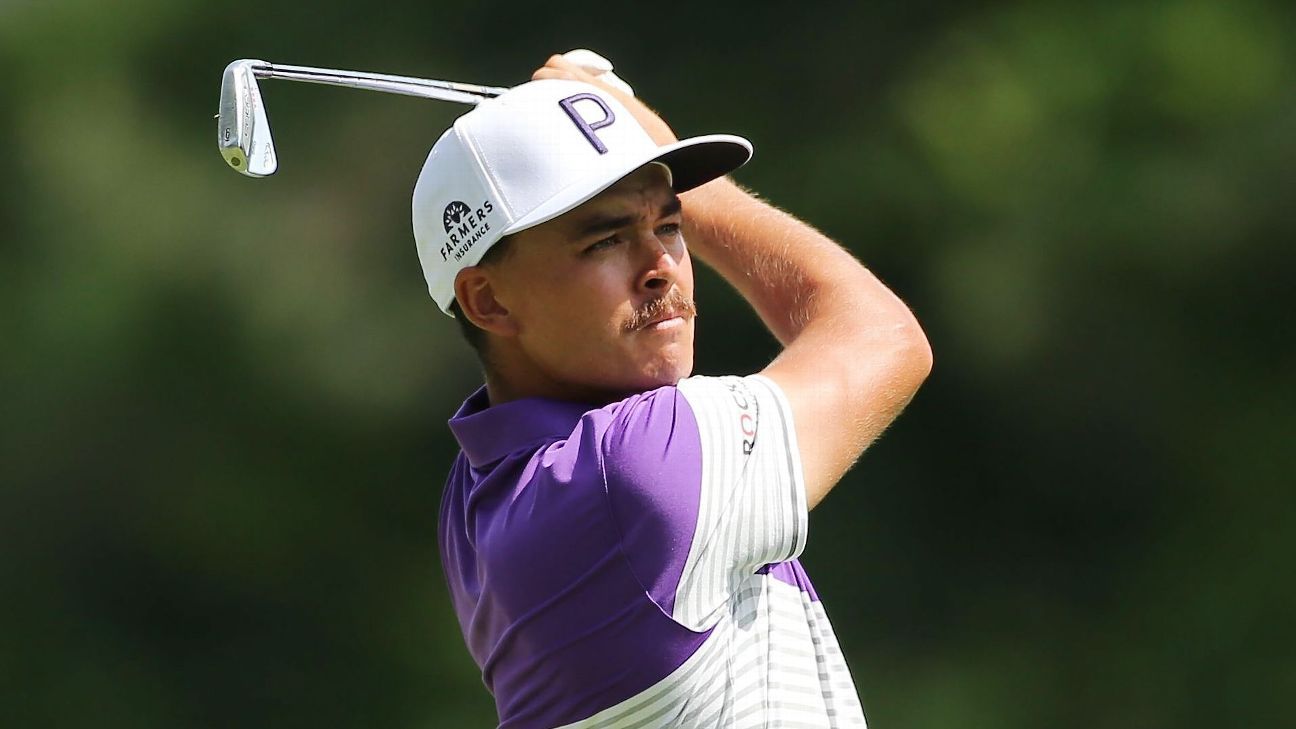 COLUMBUS, Ohio — Already facing a long day, Rickie Fowler found the road even tougher Monday in 36-hole qualifying as he tried to avoid missing the U.S. Open for the first time in 11 years.

Fowler was among 685 players seeking 54 spots in nine qualifiers across eight states to fill the field for the U.S. Open, which starts June 17 at Torrey Pines in San Diego.

Fowler already missed the Masters this year after falling well outside the top 50 in the world.

He played his opening round at Brookside in 1-over 73, which was halted for three hours because of heavy rain and thunder, meaning he likely would need at least a 65 at The Lakes to have any chance.

Branden Grace went from a fourth-place finish at the Memorial to an early start in Jupiter, Florida, and he parred the final hole at The Bear’s Club to earn one of six spots available. Grace chose to play in Florida because it’s his home course.

Patrick Rodgers led all qualifiers in Florida. Also getting through was Luis Gagne, who shared low amateur honors in the 2018 U.S. Open at Shinnecock Hills

The delay meant the Columbus qualifier, the largest of the nine sites that featured the most PGA Tour players, would not finish until Tuesday morning. Chez Reavie was firmly in front and likely to finish before darkness.

Three-time major champion Padraig Harrington was right on the bubble heading to the back nine at The Lakes, while others trying to get through included former PGA champions Keegan Bradley and Jason Dufner.

The delay caused other problems. The first round didn’t end until close to rush hour, and the courses are 13 miles apart. Fowler had to deal with traffic, leaving him time to park, grab a hot dog, hit a few putts and head back out.

Henry Lee of Canada was the last player to tee off. He had a half-eaten hamburger resting on his golf clubs as he teed off at 5:45 p.m.

Ohio had another qualifier an hour away in Springfield, which had no such weather delays. Carson Schaake finished at 9-under par to lead the seven players who advanced to Torrey Pines. Schaake also was medalist at his local qualifying and will be making his Open debut.

The excitement soon gave way to the test that awaits.

“I need to get ready for Torrey,” Schaake said. “There’s some mammoth holes out there. I’ve got to get my game in shape, but I’m ready for it.”

Wilson Furr made it to his first U.S. Open when he least expected it. He played poorly while trying to qualify for the PGA Tour event this week at Congaree in South Carolina. He was an alternate for the U.S. Open qualifier at Long Cove Club in Hilton Head and thought about not even showing up. It was a good thing he did. Four players withdrew, and Furr had a tee time.

He had rounds of 67-70 and was among five players who earned spots. The last one went to Akshay Bhatia, who made a par on the second extra hole of a 3-for-1 playoff.

“I told my buddy last night, ‘If I get in this thing, I’m getting through,'” Furr said.

Taylor Pendrith of Canada tied for 23rd at Winged Foot last September in his U.S. Open debut and gets another crack at it. He led the four qualifiers at the Maryland site.

Qualifiers in New York and Atlanta were being decided in playoffs, with two more on the West Coast in Los Angeles and Washington state.

England did not have a qualifier this year because of travel restrictions related to the COVID-19 pandemic. The USGA instead created a special points list from the last three European Tour events. Marcus Armitage won in Germany and earned one of the 10 spots.

When the qualifiers are over, the U.S. Open will have 155 players. One spot is reserved in case a player were to win a second PGA Tour event since last June. Four players at the Palmetto Championship at Congaree had that chance — Brian Gay, Hudson Swafford, Martin Laird and Richy Werenski.

Laird was still in the mix at the Columbus qualifier.

U.S. Open 2021: Jon Rahm’s gutsy 72nd-hole decision and 17 other parting thoughts from Torrey Pines
Final men’s qualifying for Tokyo Olympics ends, but question looms: Will some drop out due to COVID concerns?
Oosthuizen among late withdrawals for Olympics
Tom Brady keeps trolling Aaron Rodgers and Bryson DeChambeau ahead of their charity match
6 Steps How To Swing The Golf Club For Beginners