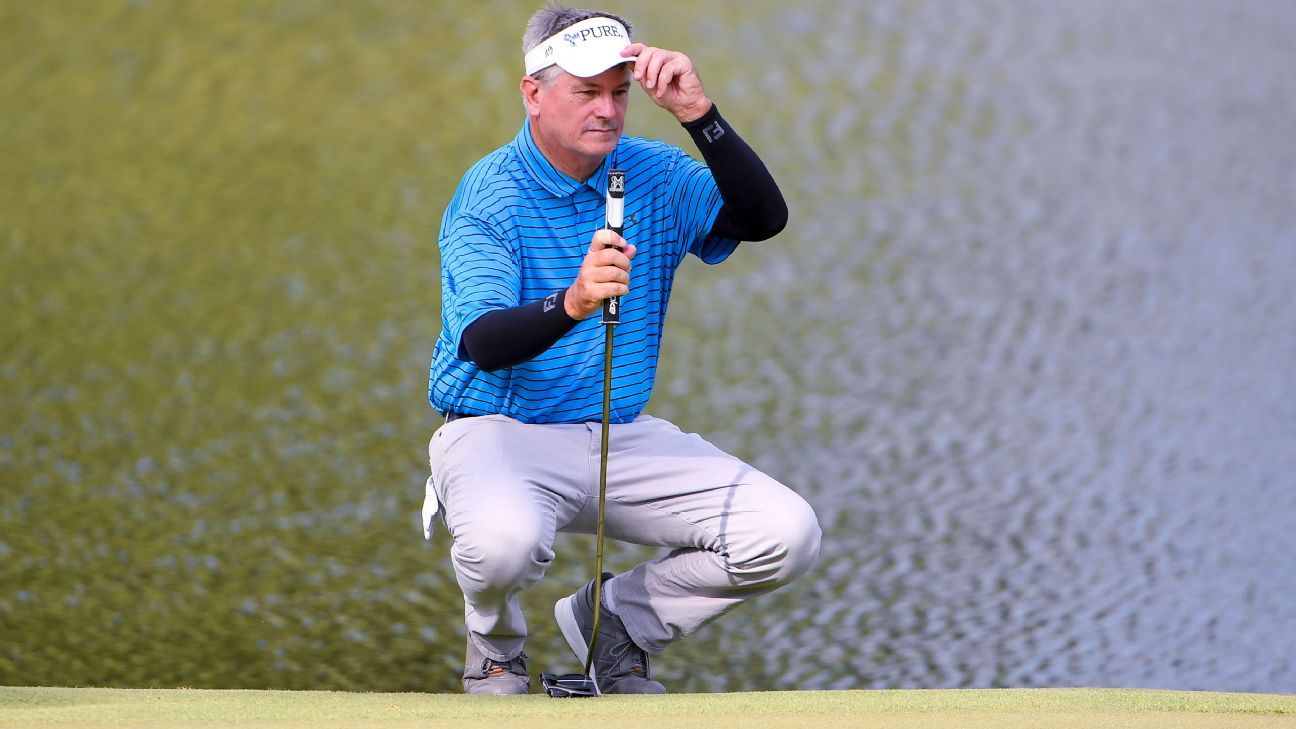 DULUTH, Ga. — Paul Goydos shot a bogey-free 3-under 69 on Saturday to take a one-stroke lead over Billy Andrade into the final round of the PGA Tour Champions’ Mitsubishi Electric Classic.

Goydos, 56, had an 8-under 136 total at TPC Sugarloaf. He has five senior victories after winning twice on the PGA Tour.

Hall of Fame pitcher John Smoltz bogeyed the final three holes for a 77. He opened with an 84 and was 76th among the 78 finishes at 17 over.

Bryson on back-9 44: ‘Bad break after bad break’
DRIVER MINIMUM SPEED AND LAUNCH CONDITIONS FOR 300 YARD DRIVES! Easy drills to help you do it too!
Father’s Day gift: Rahm wins U.S. Open, 1st major
Lesson with a Lefty, Perfect Golf Posture just like Phil Mickelson
6 Steps How To Swing The Golf Club For Beginners