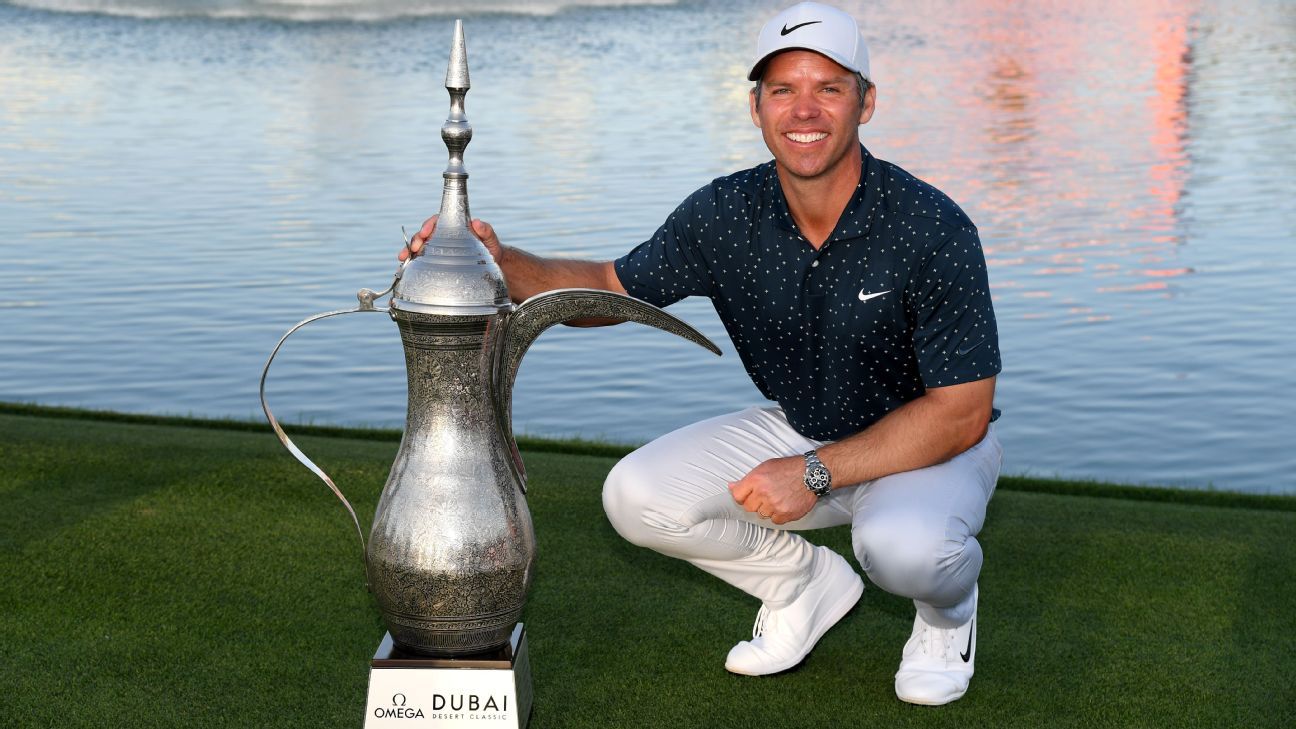 DUBAI, United Arab Emirates — Paul Casey left behind one of the unhappiest years of his golfing career by capturing his first title since 2019 with a four-stroke win at the Dubai Desert Classic on Sunday.

The 43-year-old Englishman struggled to adapt to what he described as the “soulless” playing environment during the pandemic, with his only top-10 finish in 2020 coming at the PGA Championship when he tied for second behind Collin Morikawa.

“It’s something very cool because it’s not been great,” said Casey, who could jump to 14th in the world rankings after his first win since the European Open in September 2019. “I didn’t enjoy my golf in 2020. I mean, I played well one week but that was about it.

“It’s been totally soulless. No emotion. A whole bunch of feelings. I’ve not enjoyed it. And I’ve realized how much I love doing what I do, but I love doing it in the environment with people watching and the crowd and the noise — it can be heckling, it can be cheering and seeing the emotion on people’s faces and some people are rooting for the guy standing next to you, and some people are rooting for you. It’s just everything.”

Just having some people beside the fairways at Emirates Golf Club made him feel more alive.

Casey began the day with a one-shot lead over Robert MacIntyre, and built a five-stroke cushion with seven holes to play after his Scottish playing partner made four straight bogeys from No. 7.

Walking down the 18th with a three-stroke lead, Casey could enjoy one of his favorite shots in golf — the approach to the par-5 18th with the backdrop of the Dubai skyline — and he two-putted for birdie to finish the tournament on 17-under-par 271.

It’s a win that boosts Casey’s chances of making Europe’s Ryder Cup team for a second straight time, after Paris in 2018, and European captain Padraig Harrington was standing at the back of the 18th to congratulate him.